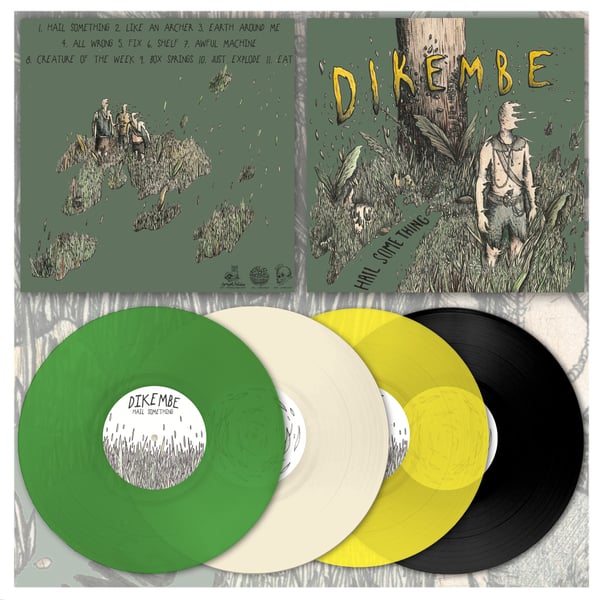 Hail Something sees Dikembe continue to experiment with their sound as they persist in forging their own path in the rapidly overcrowded scene. Of particular note is their embracement of punk influences, whilst still retaining the intensity play off between instrumentation and vocals, a characteristic of previous releases that Dikembe have become renowned for.

In speaking about the record, vocalist and guitarist Steven Gray reveals “Hail Something is a deeply personal record for me. It chronicles my 2015, which consisted of crippling depression, followed by a planned pregnancy, then baby, followed by a mental breakdown and finally happiness, acceptance and hope”.