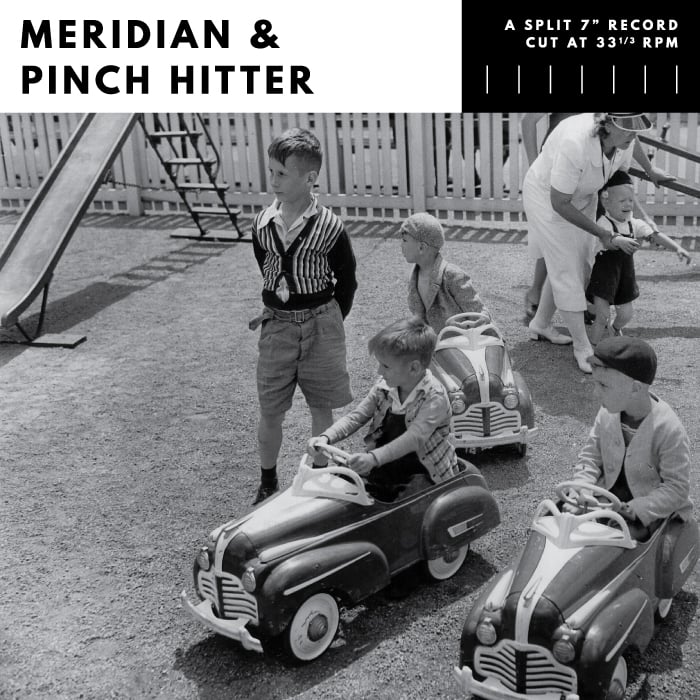 A Brief History Of The International Sensitive Men's Convention:
A convention, in the sense of a meeting, is a gathering of individuals who meet at an arranged place and time in order to discuss or engage in some common interest. The most common conventions are based upon industry profession, and fandom. To the knowledge of the board, the ISMC - an annual event with a focus on feelings, emotions, and sensitivity - is the first of its kind.

Following its initial success (post-conference reports showed record levels of emotions and an acute receptiveness to emotional stimulation) ISMC debuted in the Southern Hemisphere in February 2014 with a series of satellite events co-located around the Australian east coast.

This split recording is the first attempt to give a tangible permanence to the emotional research conducted by the ISMC's North American and Australian chapters, their findings presented across the four sections of this audio-visual artefact.

010 - Test Presses
110 - Black
109 - Clear
102 - Clear w/ Black Smoke
*LostBoyRecords received HALF of each quantity, as this is a shared release with Youth Conspiracy Records (USA)

by Meridian , Pinch Hitter , and LostBoyRecords ,